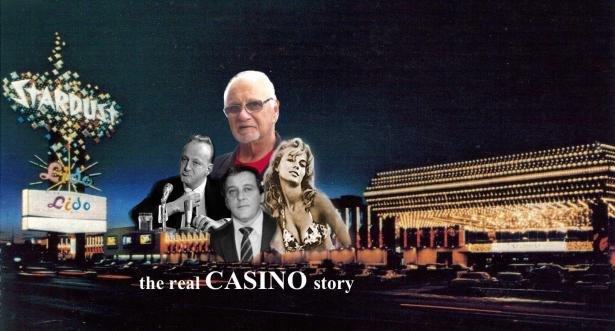 This year marks the 20th anniversary of the blockbuster movie “Casino,” which provided a fast-paced dramatization of an era in Las Vegas when organized crime controlled many of the city’s casinos. Beginning March 18, history buffs and film aficionados alike can join former mobster Frank Cullotta himself for a two-hour tour of the places where iconic scenes from “Casino” actually took place.

Frank Cullotta was technical advisor for the movie CASINO

The tour will begin at The Mob Museum, the National Museum of Organized Crime and Law Enforcement, with a special private tour by former FBI Special Agent Dennis Arnoldy and Mob historian Robert George Allen. Following the visit to the Museum, guests will depart on a bus tour that will take them to locations immortalized in history and in film, such as The Casino House, the site of the Frankie “Blue” death scene, Bertha’s robbery site and more. In addition, participants will learn the true stories behind the events that transpired in the film.

Cullotta is the former leader of Las Vegas’ “Hole in the Wall Gang,” as well as a Chicago Outfit enforcer. The Hole in the Wall Gang was a burglary ring so named because of its practice of smashing holes through exterior walls and ceilings during its heists.

Eventually, Cullotta left his organized crime life behind, serving as a technical consultant on the set of “Casino” and appearing in several scenes as a hit man. Information about Cullotta appears in exhibits inside The Mob Museum, including in a video clip in which “Casino” writer Nicholas Pileggi describes Cullotta’s unique, firsthand knowledge of a murder scene depicted in the film.

According to Pileggi: “There would have been no ‘Casino’ movie—and probably not a good ‘Casino’ book—without Frank Cullotta.”

ABOUT THE MOB MUSEUM 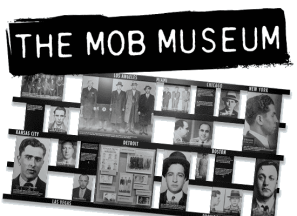 The Mob Museum is a world-class destination in downtown Las Vegas dedicated to the thrilling story of organized crime and law enforcement. It presents an exciting and authentic view of the Mob’s impact on Las Vegas history and its unique imprint on the world. True stories of Mob history are brought to life in a bold and contemporary style via engaging exhibits, high-tech theater presentations and more than 885 artifacts, the largest collection of Mob and related law enforcement memorabilia under one roof.

Since opening in 2012, The Mob Museum has accumulated numerous accolades, including being named one of the “Best Places to Travel in 2015” by Travel + Leisure Magazine, “A Must for Travelers” by The New York Times, one of “20 Places Every American Should See” by Fox News and Budget Travel magazine, “Las Vegas’ Best New Attractions for 2012” by Travel + Leisure magazine, “9 Reasons to Visit Las Vegas” by CNNgo, a finalist for the “Best Wider World Project Award,” by the British Guild of Travel Writers and “Best Museum” by Nevada Magazine.

Admission is $21.95 for adults ages 18 and over with special pricing for online purchase, children, seniors, military, law enforcement, Nevada residents, and teachers. Museum hours are 10 a.m. to 7 p.m. daily, September through June; in July and August, hours are 10 a.m. to 7 p.m., Sunday through Thursday, and 10 a.m. to 9 p.m. on Friday and Saturday. For more information, call (702) 229-2734 or visit www.TheMobMuseum.org. Connect on Facebook: www.Facebook.com/TheMobMuseum, on Twitter: @TheMobMuseum and subscribe to the Museum’s Mobcast here.